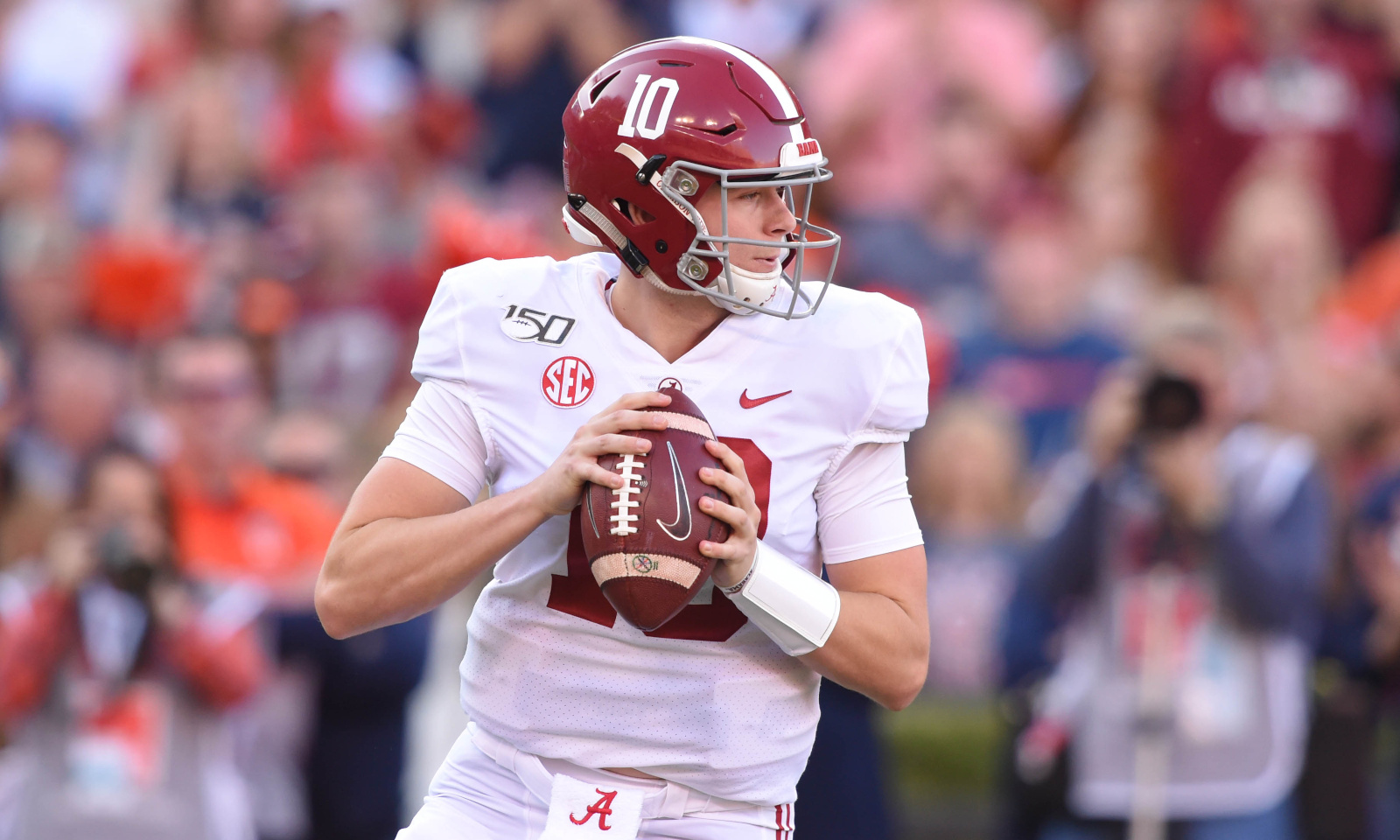 Before signing Tua Tagovailoa in 2017, having a quarterback to manage situations in the game was all Alabama needed to win national championships. It was not dire for the Crimson Tide to have someone special; however, Tagovailoa presented it with something it never had before.

After helping the team win a national championship as a freshman, he navigated the offense to averaging 45.6 points per game in 2018. Tagovailoa engineered 10 games of at least 40 points – including six 50-point contests and two 60-point matchups. Fans of the Tide weren’t used to the program scoring so rapidly and efficiently, and it changed the perception of Alabama football.

With Tagovailoa pursuing the NFL Draft, the question lies on whether Mac Jones has the capability of leading the Tide to a national title.

The rising junior from Florida started in four games last year. He led Alabama to 40-plus points versus Arkansas and Auburn, despite it falling to the Tigers at Jordan-Hare Stadium.

Jones ended the season with three touchdowns against Michigan in the Citrus Bowl and totaled 14 scoring tosses on the year. While he may not be as athletic as Tagovailoa, Taulia Tagovailoa or Bryce Young, Jones has developed the arm talent and possesses the knowledge of the system to position the Tide for a shot at a championship.

In this segment of In My Own Words, yours truly of Touchdown Alabama Magazine argues in favor of Jones being Alabama’s starting quarterback.

Tide fans, do you believe he is enough to get the team to a national title?

Check out the video below.

10 CFB programs ready to knock Alabama off its throne

10 college football players primed to break out in 2018